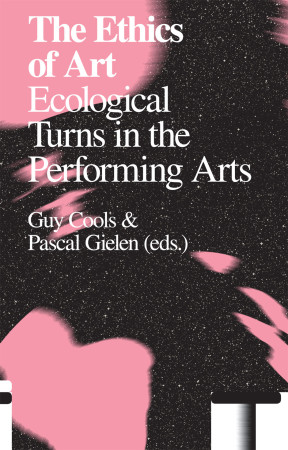 Publication of the book “The Ethics of Art. Ecological Turns in the Performing Arts”

We are glad to announce the publication of the book The Ethics of Art, based on the contents of the 3rd modul-dance conference that took place in Tilburg in October 2012.

Within the arts there is a growing ethical consciousness, both in the way it relates to the larger social, political and economic challenges and in the way it reflects on its own production and distribution mechanisms. This book attempts to describe how artistic imagination can produce new situations, based on the potentials and limits of the individual ‘body’ within its environment.

The first section, Ecosophy, focuses on eco-art practices and how the ethical turn in the arts implies a greater receptivity for the environment we live in. The second section, Caring for the Body, focuses more on dance and the renewed interest in ‘the body’, both on the level of the individual and on that of the larger ‘body politic’ of cooperation and collaboration.

The book focuses on the European contemporary dance scene, but it embeds this in the larger context and history of eco-art practices, while also providing some striking examples of best practices from the USA and Canada.

In The Ethics of Art the singular voices of individual artists, discussing their own creative practices, are equally important as the more scholarly contributions.

After having trained as a dramaturge, Guy Cools became involved in the new developments in dance in Flanders in the 1980s, initially as a dance critic, and from 1990 onwards as a theatre and dance director of the Arts Center Vooruit in Ghent. He regularly gives lectures and publishes internationally. Since 2012 he is Associate Professor at the Institute Arts in Society at the Fontys School of Fine and Performing Arts.

Pascal Gielen is director of the research center Arts in Society at Groningen University where he is Associate Professor Sociology of Art. Gielen also leads the research group and book series Arts in Society (Fontys School of Fine and Performing Arts, Tilburg). He has written several books on contemporary art, cultural heritage and cultural politics.