In the third opus Narcissus 2.0, the fundamental question, starting point of the reflexion, is: "What are we going to do about us?".

From there, a delicate weaving happens, between, on one hand, the different social interrogations about the scientific or political projects concerning the human's possible futures, on the other, the narcissical and totally subjective angle of these different problematics.

Funny, frightening, and for sure caricatured...this opus cares about his Narcissus. Grating.

Coraline Lamaison is stage director and choreographer. She trained at the Academy of Dramatic Art of Toulouse, then at the National Theater Daniel Sorano of Toulouse supervised by Jacques Rosner.

From 1996 to 2003 she performed in different works directed by Claude Bardouil (assistant and choreographer of Kristoff Warlikowski) , Bal des Anges, Jusqu’au dernier baiser, Les Innocents, Les Vaniteux. In 2004-2005 performed for Jan Fabre in The Crying Body at Théâtre de la Ville in Paris and European tour, and L’Histoire des Larmes at Festival d’Avignon 2005.

As assistant to Jan Fabre/Troubleyn she has worked in L’Empereur de la Perte and Le Roi du Plagiat at Festival d’Avignon 2005, then touring in France untill 2008. She also collaborated with Guy Cassiers Toneelhuis in Anvers as coacher of the actor Dirk Roofthooft for the French version of Rouge Décanté at Festival d’Avignon 2006 following by european tour untill 2010. 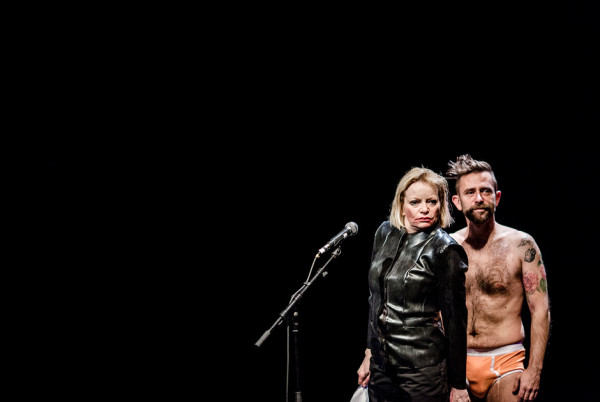