Cold Blood is a performance with two people on stage, telling a story under the apparence of the devil, sometimes kind, sometimes cruel.

The story is about love and power, trance and drugs, reality and dreams, or nightmares.

Inside the story, like bullets coming from nowhere, the same two people will interprete some cabaret’s numeros inspired by the Grand Guignol, the circus, the grotesque form and modern living.

We will try to find the right balance for the performance to be entertaining, political and lightly provocative, all at the same time.

Born in 1975, Julia Cima is graduated of the National Conservatory of Music and Dance in Paris. She performes with Odile Duboc for Trois boleros, before to accompany the work of Boris Charmatz during eleven years: Aatt enen tionon, Herses (a slow introduction), Con Forts Fleuve, héâtre-élévision, Regi and Quintet circle.

Within the Association Edna, led by Boris Charmatz, Julia Cima participates to a series of performative events: Confrontations, Education, Statuts. She begins the improvisation in many places and contexts.

In parallel to this long collaboration, she works with Gilles Touyard (Programme court avec essorage), Myriam Gourfink (Uberengelheit), Alain Michard (Virvoucher), Benoit Lachambre (Mark), Elizabeth Schwartz (The folds of the time) and Laure Bonicel (The blue is in fashion this year and Toolkit). She also give a series of workshops for amateur dancers for two years.

In 2005, she creates Visitations, show made of solos mainly dicovered in the archives of the Cinematheque de la Danse in Paris, selected and interpreted alone. Then she begins a more personal work, focused primarily on the interpretation.

The author and director Gildas Milin hired Julia Cima as an actress for his play Machine sans cible. In continuation of this work as an actress, she creates with Denis Lavant Brut de lettres to the Sujet à Vif 2008, within the Festival d'Avignon.

Guy Walter, director of Subsistances in Lyon, give her a mission for the festival ça valse ! (October 2008), a short piece on the famous Viennese waltz. This proposal, called Je suis enchanté, a duet with comedian Marc Arnaud and participation of the author Olivia Rosenthal, combines work of body and text.

Julia Cima begin a collaboration with Mathilde Monnier in 2008 while pursuing her own work: Dance Beyond Borders (2009), POEM (2010).

She is associated to the Triangle, in Rennes, for one season and she’s working on a new piece, RINGS, created into the festival Mettre en scène in Rennes. 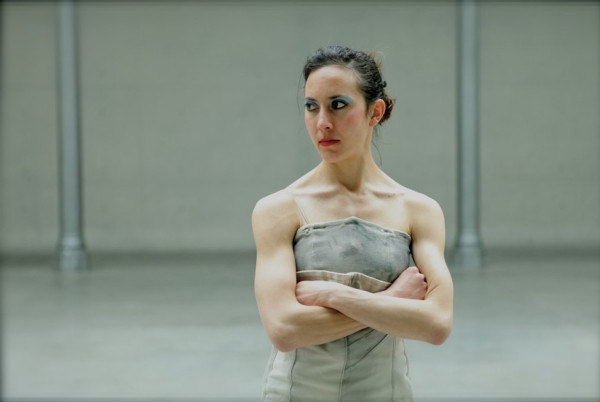