Notions of identity, transformation and anonymity have always been at the heart of my work. I'm interested in the multiple potentials of identity, and how they give the body a specific quality.

With Froufrou, my new project, I would like to deepen my work on identity by exploring other perspectives. In particular, that of the identity of an individual in a group (their codification, in a strictly social relationship or in a ritualistic mise-en-scene) and, almost as a counterpoint, those of fragmented identities influenced by a group or ceremony.

My intuition led me to undertake a research residence in Haiti. While there I was able to have a closer look at Haitian voodoo rituals, which according to me, deal in their own way with these identity questions. A voodoo ceremony stages the invisible world by giving it physical presence: the Iwas (spirits, divine and colorful characters, with very strong symbolical identities) descend to the world of the living to momentarily possess and dialogue with the humans. During a voodoo ceremony a body can by traversed by several Iwas, or identities.

The power of a voodoo ritual also comes from the community, and thus joins my desire to work in a group and to create my first group piece for four performers. The première will be at the ADC theatre in Geneva on the 20th of November, 2013.

Marie-Caroline Hominal received a dancer training at Schweizerische Ballettberufschule in Zürich and at Rambert School of Ballet and Contemporary Dance in London, where she joins the National Youth Dance Company.

Since 1998 she has been performing with choreographers and companies including the Tanztheater Basel, Blanca Li, Gisèle Vienne, Gilles Jobin, La Ribot & Marco Berrettini. She was also guest performer for Humain writes from William Forsyth and B.O.B from Dick Wong.

Her dance pieces and performances are mainly solos or duets, Froufrou being her first ensemble work.

Under the name MCH, she shot a few videos that were shown in numerous festivals. 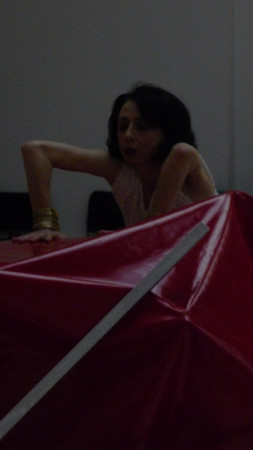 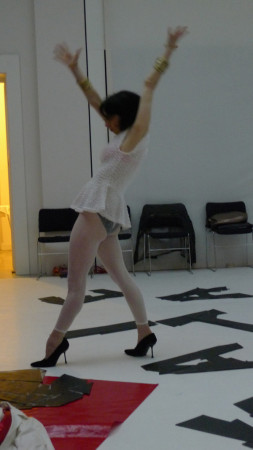