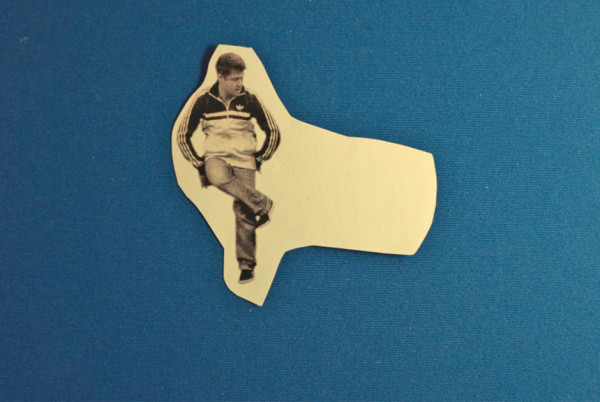 Dancefilm program curated by Núria Font/NU2s included as an activity within the 2nd modul-dance festival at Hellerau Dresden. Films projected:

Photography is related to theater. The stage is the frame. The frozen pose of a dancer is similar to a photography frame. Abstraction, work with paper, synthesis of sound, picture and motion build the main character of that piece.

Amandi is an amalgam made of nature, forests and strange landscapes. Amandi are two characters who pass through this particular area and that, along different paths, take us into a constantly changing world.

Coup de Grâce is a film about the collapse of a friendship, about what is broken and what cannot break. After a long separation, two men meet again in a massive building in a remote location. In the course of the evening and along an icy night, they fight a weaponless, exhausting duel.

Set in the dramatic West Highlands of Scotland, Away From Here examines the fleeting relationship of people to a sense of place and belonging; exploring the incongruity of our relationship to an ancient landscape. A collaboration between highly acclaimed dance company plan B and multi-award winning Goat Media, the project was filmed in HD, entirely on location with an international cast and crew in August 2011.

The film follows the construction, eruption, corruption and destruction of the masculine self and other. It investigates the boundaries of masculinity, and the forces that operate on the male body, while borrowing from different cultures and modalities. The movement language can be traced to traditional forms and concepts integral to martial arts. It translates it into a contemporary individualized expression in different ways, while counterbalancing it with the mundane “every day” gestures of male bonding.