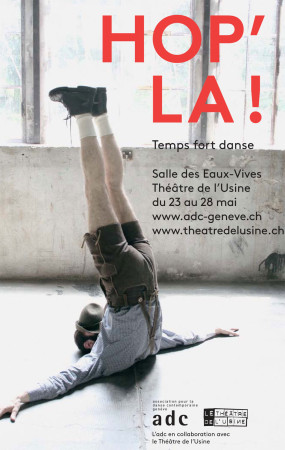 An extreme experience: a man and a woman nearly breathe the life out of each other. This is how French choreographer David Wampach opens up a new perspective on Vaslav Nijinsky’s The Rite of Spring. Only traces are left of the original. The audience nearly lose their breath.

Imagine a place that defies your senses. Imagine rhythims that affect your vision. Imagine a room where the dimensions of the space appear resilient. Imagine the pressure of sound transforming a body into vibrations. Imagine light that makes you perceive darkness.

The artist proposes a performative illustration of one Petrarca’s poem in a one on one show taking place in her lodge of the theater. The guest stays with her for 15 minutes.

Member of the Portuguese collective Bomba Suicida, Tânia Carvalho developed an atypical work, integrating references ranging from classical to baroque through the expressionist dance. With this solo, she goes closer to what is going on under the skin, in the intimate relationship of skeletal muscles.

Choosing a song on iTuns and improvising dance steps under the eye of a webcam, this solo becomes a duet between Joseph and his unusual friends. Funny and touching.

More than anything else, the life of this piece lies perhaps in the thought and joy of movement, as it goes throughout a space devoid of words. The nature, the sequence of movement is the reverse, the recoil of words: not that which is hidden behind them, but the instant when they cease to be present, and make way for expression.

Solo dance piece performed by Anne Juren, which uses the canon of feminist performance art and the rituals of a magic show to play with illusion, trickery and transformation. The simultaneity of magic, choreography and performance leads to surprising turns: all deploy the power of metamorphosis, of the body, of the magic object, of the audience’s vision.

In this piece, Sciarroni explores the survival of traditional folk dances as part of contemporary culture and received wisdom. His main subject is the ‘Schuhplattler’, an exclusively male dance which is popular in Bavaria and southern Tyrol CK that consists of slapping your soles of your shoes against the palms of your hands to create a poweful drumming rhythm.