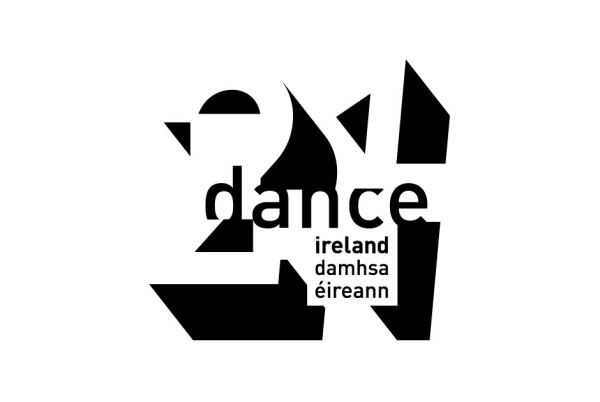 Body and Forgetting is a powerful dance performance that brings together the work of choreographer Liz Roche and film maker Alan Bilsenan, with a live score by Denis Roche. Inspired by the writings of Czech writer Milan Kundera, Liz Roche Company’s remarkable dancers find their way through delicately waven circumstances of disappearance, loss, relationship and hope. Their attempts to hold fast to memories and objects of meaning are at the heart of this work.

“What Europe is this? and “What Europe do we want?” are the questions at the heart of Cláudia Dias’ latest creation, Vontade de ter Vontade. This powerful, political and poetic take on the here-and-now is filled with unpretentious and rigorous poetry. A thought-provoking new work by this absorbing Portugueses artist.

Interested in the dialogue between dance and other art forms, La Zampa use dance, live music and lighting to create arresting and somewhat disturbing landscapes.

Take classical dance, shake it and mix it with elements of theatre and silent movies. This is La Veronal, a revolutionary young Spanish company whose work runs deep and fast. In a “first look” at this hotly anticipated new work, the dancers perform complex choreographic material to the backdrop of the Italian city of Siena.

In their new work, The Loose Collective aim to make a living translation of the Old Testament, a stage-translation of this enormous body of text in its entirety. They integrate text-sampling and baroque choir, beat-boxing and diaspora-postpunk into their musical dance performance, and rearrange bible verses into unexpected combinations.

Dias uses her personal story, lived between Almada and Lisbon, as a backdrop to the history of the two cities and its people while building the landscapes of her youth with everyday objects taken from a shopping bag. The most original and poetic sightseeing tour you will ever experience.

Extracted from their full-length work Rússia, Moscow is inspired by Soviet gymnasts, where serious and threatening movements bump up against striking and subversive humour. A must-see.

An insight into the collaborative process of five artists over a three-week period in 2012.

A “first look” at a new piece in development by one of the most promising young dance voices in Ireland, Hear Me Sing Your Song is a performance of knowing and unknowing, yearning for another place, pining for another people.

A funny and tender duet, Actions is a physical conversation between two individuals in an empty space. Originally made as an installation in a museum, Actions has now been adapted for stage performance.

Lo Sguardo Del Cane (The Look of the Dog) is a solo choreographed and performed by Elena as part of a multiple series of compositions called RIA – Rider In Arena.

Presented as part of the E-Motional Performance Exchange Programme, Lia Haraki’s Tune In is an hypnotic, haunting solo performance by one of the most distinctive Cypriot dance makers.

With an interesting play of dance and song, Aoife portrays a woman alone with her memories. A compelling solo performance.

A “first look” at Mortuus Est Philippus sees one of Ireland’s leading male dancers examine ideas of self- awareness, vulnerability and love. Set to an original score by Michael Gallen, Philip Connaughton’s intermittent, floating movement takes us from the banal to the beautiful and back again.

TEN is a delicate and beautifully executed duet that displays sophisticated technique and intricate movements. Performed by Liv O’Donoghue and Maria Nilsson Waller, is a nuanced exploration of lost and found connections between two bodies.

Presentation of 18 short dance films by renowned national and international dance artists and filmmakers over four days. This series of dance film screenings is curated by Núria Font/NU2s on behalf of Dance Ireland under the umbrella of modul-dance.

Clic here to see the programme.