A new modul-dance films screenings will take place in Barcelona as one of the activities included in the new edition of IDN, a biannual festival focused on showing different ways to build a dialogue between dance, image in motion and digital tools organized by Mercat de les Flors. From 14th to 23rd of February, the […] 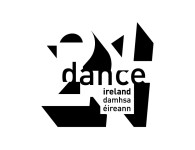 Made in Dublin: six days of european dance

In 2013, Dance Ireland celebrates its 21st anniversary with a year long programme of special events. The celebrations start with a season of Irish and international work, entitled Made in Dublin, which comprises a week of full-lenght shows, extracts and “first looks” by artists who have come through the doors of the dance house over […]

Three modul-dance artists have been selected by a jury to be part of the Gibanica 2013 artistic program. This biennal Slovenian dance platform will take place from the 21st to the 23rd February 2013 in Ljubljana. On February  22nd, Mala Kline will present Eden, and the day after, Leja Jurišić will perform Ballet of Revolt, both shows were created […] 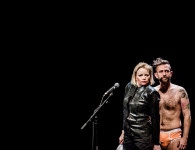 By Bertram Müller, Director of Tanzhaus NRW Düsseldorf. The production process and the guest performance of Narcisses by Coraline Lamaison (France) was an excellent and instructive example of a European coproduction within the frame of the modul-dance project. The respective parts of the trilogy, which deals with the phenomenon of female narcissism in different ways, originated in […]

My experience with modul-dance began in 2010 at the first meeting held at the Maison de la Danse in Lyon. A group of about forty dance artists and professionals gathered there to get acquainted with each other. As opposed to what often happens, modul-dance endowed itself with the means to create a “true network” by […]

Founded in 1998, the Centre National de la Danse has considerable experience and expertise that make it a unique institution serving the dance sector. Offering an expanded range of services, the CND has positioned itself to serve as a comprehensive resource center for dance professionals and companies, and to provide public facilities in which to […] 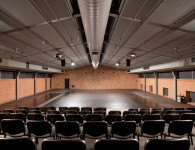 Stary Browar Nowy Taniec is a multilevel dance programme run by the Art Stations Foundation at Stary Browar Art Center in Poznan (Poland) since October 2004. It was created to popularize, promote and present to local audiences the art of contemporary choreography and especially its avant-garde trends. Its main mission and goal is to support […] 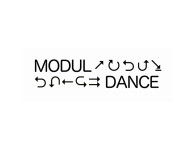 Marcos Morau selected as Creator of the Year

The magazine TimeOut Barcelona has selected Marcos Morau as Creator of the Year 2012. The culture and entertainment weekly pointed that with Islandia, Morau and his company, La Veronal have proved the revival of Catalan dance. The magazine states the ambition of their proposals, the mixture between geography and dance in a sort of Kieslowski’s […]

Kino Siska, in collaboration with Pekinpah association and E.P.I. center is presenting the premieres of two original solo dance pieces by Slovenian choreographers Mala Kline and Leja Jurišić. At a joint event, the established authors will be presenting their performances that focus on the question: How, on the edge of possibility, can today the body speak […]